Climeon has recruited Jack (Masao) Watanabe, former SVP Chief Strategist Energy Business Group Mitsubishi Corporation, to become President and Representative Director of Climeon Japan K.K. Jack Watanabe has extensive experience from the energy and maritime industry and will be joining Climeon to lead and develop the company’s business in Japan.

– We are very proud that Jack Watanabe has decided to join Climeon. We believe that Jack Watanabe, with his knowledge of the energy industry combined with his experience from the maritime industry, is the right person to continue the establishment of Climeon within geothermal in Japan and expand our business in Japan into other segments, says Thomas Öström, CEO of Climeon.

– Over the past years I have had close contact with Climeon through my role at Mitsubishi Corporation. I am very impressed with their achievements so far and believe that there is great potential for Climeon’s solutions in Japan and Asia, says Jack Watanabe, President and Representative Director-elect of Climeon Japan K.K.

– I look forward to becoming part of the Climeon team and working to establish Climeon’s technology as the preferred solution for heat power in the Japanese market, continues Jack Watanabe, President and Representative Director-elect of Climeon
Japan K.K.

Prior to his current position as Senior Vice President Chief Strategist Energy Business Group Mitsubishi, Jack Watanabe has held many positions within Mitsubishi Corporation within trading, as well as founded and been Managing Director of Diamond Tanker Ltd in Singapore. Jack Watanbe is also a member of the Oxford Energy Policy Club. 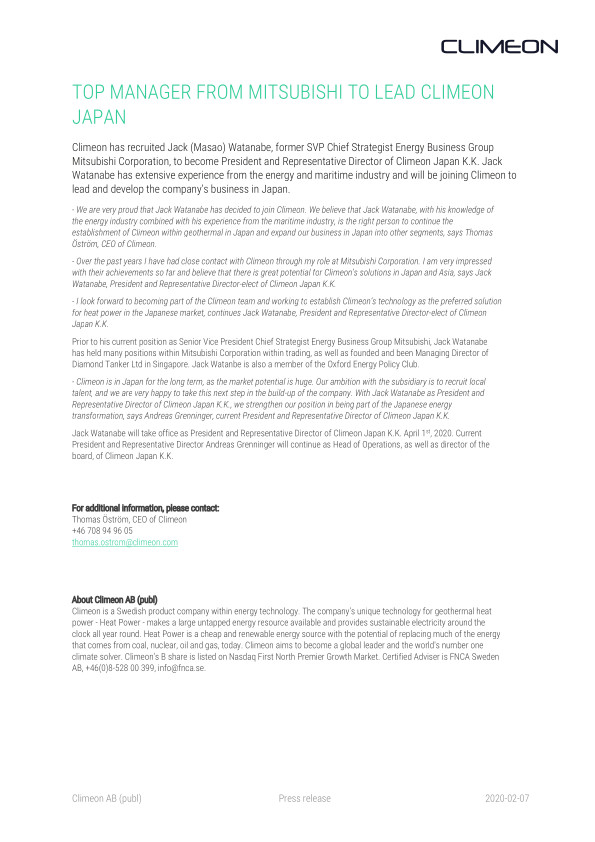 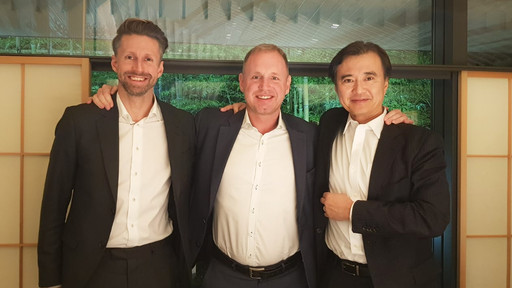 GrenningerOstromWatanabe
SHARE THIS ARTICLE
Manage Cookie Consent
To provide the best experiences, we use technologies like cookies to store and/or access device information. Consenting to these technologies will allow us to process data such as browsing behavior or unique IDs on this site. Not consenting or withdrawing consent, may adversely affect certain features and functions.
Manage options Manage services Manage vendors Read more about these purposes
View preferences
{title} {title} {title}