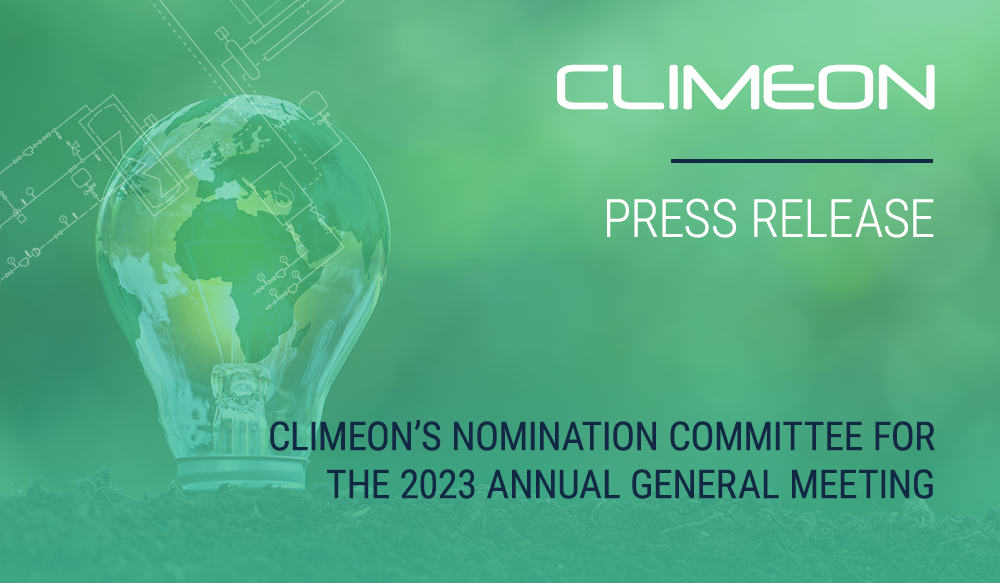 The nomination committee of Climeon AB (publ) for the 2023 Annual General Meeting (AGM) is hereby announced.

It consists of the following representatives appointed by the four largest shareholders, based on voting rights, as per 31 of August 2022, plus the Chairman of the Board:

The Nomination Committee has been appointed in accordance with the instructions for the Nomination Committee adopted at the 2020 Annual General Meeting, pursuant to which the Chairman of the Board has contacted the four largest shareholders, based on shareholders data from Euroclear Sweden AB, as per 31 August 2022 and asked them whether they want to appoint a representative to the nomination committee. In the event that a shareholder does not wish to appoint a representative the next largest shareholder has been asked. The nomination committee will appoint one of its members as Chairman.

A list of the largest shareholders of Climeon as per 31 August 2022 is available at the company’s website: https://climeon.com/investor-english-share-information/#largest-shareholders.

FOR MORE INFORMATION, PLEASE CONTACT:
Håkan Osvald, Chairman of the Board
+46 705 118 995
hakan.osvald@climeon.com 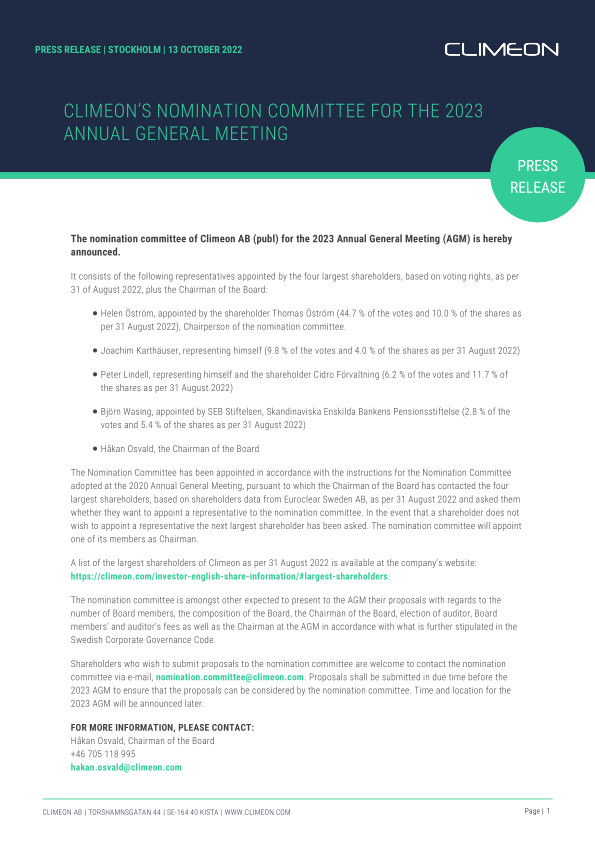