Climeon’s founder and CEO Thomas Öström has been named Årets svensk, Swedish person of the year, in the category Innovation by the Swedish magazine Fokus.

The motivation from Focus reads:

At a time when "climate anxiety" has become a common word, there are people who do not allow themselves to be paralyzed. This year's innovation winner is one of them. He realized that more than 50 percent of the world's energy consumption is wasted as heat. From this he created a simple method for transforming waste heat and geothermal heat into clean electricity. Few Swedes are still aware of the success, but the world has awakened. In 2018, this year's innovator won a prestigious award in Japan. This year's Swedish person of the year within Innovation is Climeon's founder and CEO Tomas Öström.

– It feels incredible to be appointed Swedish person of the Year and I'm really proud. The most important thing that this prize brings is that our fight to find solutions to the climate crisis is highlighted, says Thomas Öström, CEO of Climeon.

The Swedish person of the year is awarded to a person who during the year stood out in a way that changed Sweden for the better. It may, but must not, mean that the person is known to the public. The key is that the winner has demonstrated independence and originality in a country that likes the coherent and well-adjusted. It is natural if the Swedish person of the year has made enemies, not just friends, because it is difficult to achieve something worth rewarding, without paying a price.

– It is important that the public becomes aware of the progress that has been made and continues to be made in the fight against climate change. I want to encourage everyone to demand their politicians to implement the solutions that actually exist, concludes Thomas Öström.

The prize is awarded by Fokus for the thirteenth year in a row and this year's jury was led by Johan Hakelius, political chief editor of Focus. 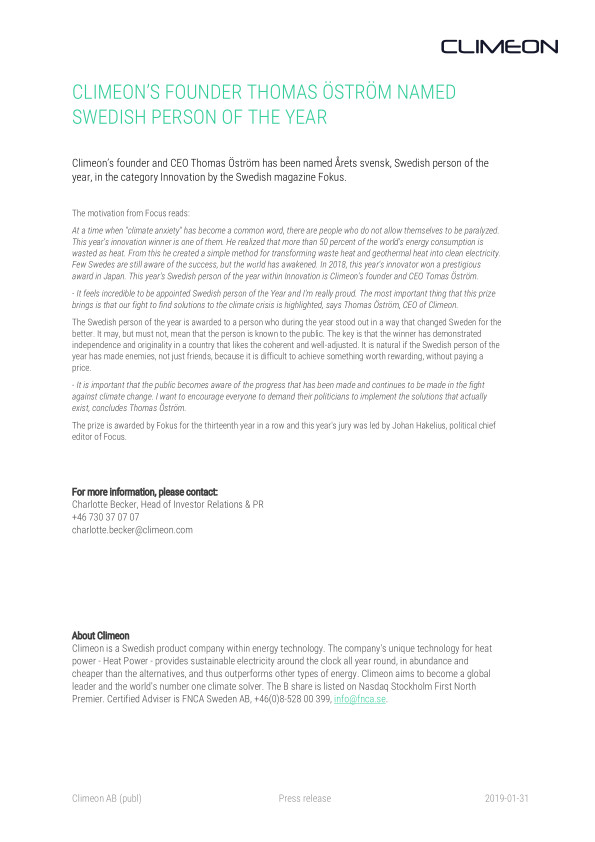 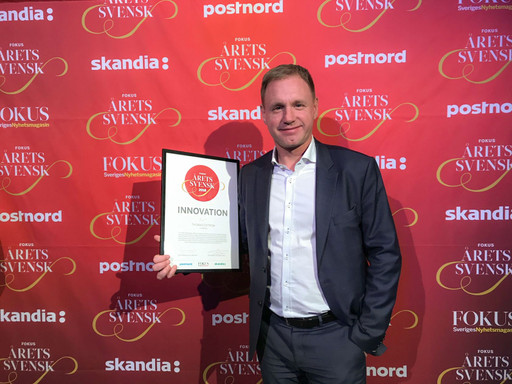 Thomas-innovation-2019
SHARE THIS ARTICLE
Manage Cookie Consent
To provide the best experiences, we use technologies like cookies to store and/or access device information. Consenting to these technologies will allow us to process data such as browsing behavior or unique IDs on this site. Not consenting or withdrawing consent, may adversely affect certain features and functions.
Manage options Manage services Manage vendors Read more about these purposes
View preferences
{title} {title} {title}