Climeon has won the Japanese innovation prize “Top 10 Innovation” at Innovation for Cool Earth Forum (ICEF) in Tokyo. ICEF is hosted by the Japanese Government and annually selects ten innovations with the potential to transform society in the fields of energy and environment. In addition to Climeon,Tesla and Alstom were also awarded.

– It feels incredible to win such a prestigious prize next to global companies such as Tesla and Alstom. Climeon’s vision is to become the number one climate solver. This requires an innovative approach to the challenges our world is facing, and we look forward to continuing our efforts to increase the sustainable electricity production in Japan, says Thomas Öström, CEO of Climeon.

– We’re very proud to see a Swedish company receive this award. Over the past 150 years, Japan and Sweden have developed a close partnership in areas such as business, innovation and trade. We’re happy to see this tradition continue through new innovation, says Magnus Robach, Ambassador of Sweden to Japan.

The Innovation for Cool Earth Forum is hosted by the Japanese Government and gathers international leading figures from the private sector, academia and policy tackling climate change through technological innovation.

The naming of “Top 10 Innovations” aims to provide the latest snapshot of technology development and diffusion with the potential to transform society in the fields of energy and environment. The winning innovations are divided into two groups: Technologies foreseen by 2050 and Business Model Transformation. The three companies awarded in the category Business Model Transformation are Climeon, Tesla and Alstom. 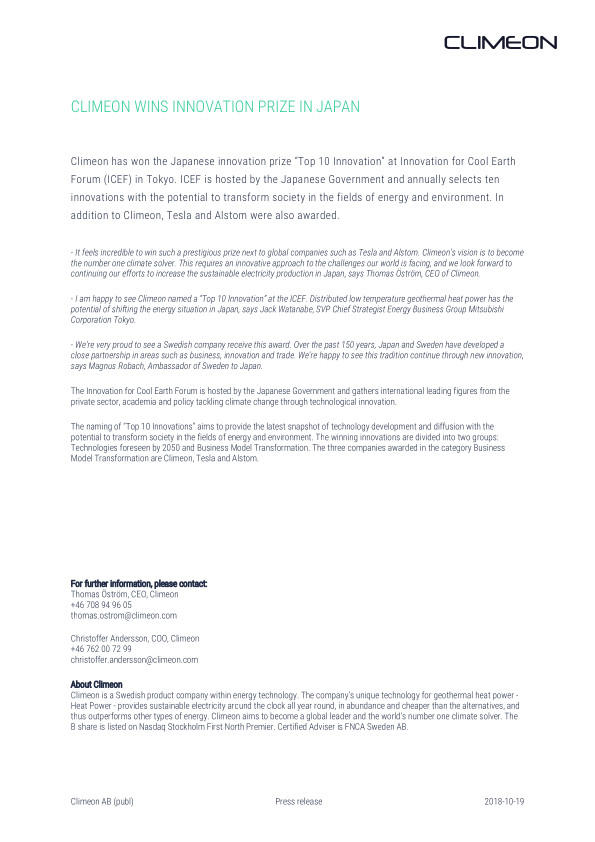 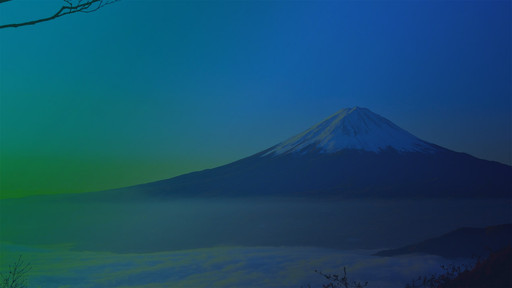 Japan
SHARE THIS ARTICLE
Manage Cookie Consent
To provide the best experiences, we use technologies like cookies to store and/or access device information. Consenting to these technologies will allow us to process data such as browsing behavior or unique IDs on this site. Not consenting or withdrawing consent, may adversely affect certain features and functions.
Manage options Manage services Manage vendors Read more about these purposes
View preferences
{title} {title} {title}