Climeon strengthens its leadership team in preparation for global expansion

To prepare for a large scale global roll-out of its leading heat power solution, Swedish-based Climeon will now strengthen its leadership team. As of 1st of January 2017 Christopher Engman will join to head up Sales and Marketing.

To meet its planned market growth Swedish based heat power leader Climeon has decided to strengthen its leadership team within Sales and Marketing. 1st of January 2017 Christopher Engman will join to head up Sales and Marketing. Key focus will be to establish each of the business segments and to continue the road to strengthen Climeon’s brand as a company providing true “business for a better world”.

“Based on our successes last year we are seeing an intense and exciting period ahead of us. One of our major challenges will be to rapidly scale the sales and marketing capabilities. For us, Cristopher, with his leading experience in account based marketing is a perfect match”, says Climeon Executive Vice President David Ekberg.

Christopher has a background at Vendemore where he, as a Managing Director, has built up the company to become a world leader in Account Based marketing.

“I have a dream which is to be a part of creating the next huge Swedish global industrial tech company. Climeon is the first case I have seen in a long time that has the potential of exceeding the successes of companies like ABB, Ericsson, Volvo, Scania, SKF etc.”, says Christopher Engman, incoming head of Sales and Marketing.

Swedish Climeon has established heat power as a new, 100% clean, electricity source that could, according to WWF, be a “climate solver” addressing the challenges with global warming. In addition to Sales and Marketing Climeon will also further strengthen the leadership team with a new CFO to be announced shortly.

Climeon exists to make the world a better place. The company has invented a clean technology solution converting waste hot water into 100% clean electricity. The result is the award-winning system Climeon Ocean, ensuring fuel and savings. Climeon was recently rewarded with the Climate Solver badge by the World Wildlife Foundation (WWF). 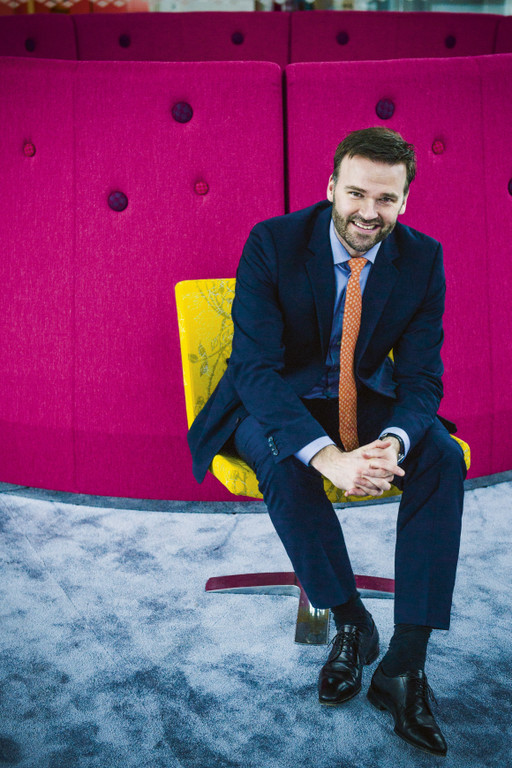 Christopher Engman
SHARE THIS ARTICLE
Manage Cookie Consent
To provide the best experiences, we use technologies like cookies to store and/or access device information. Consenting to these technologies will allow us to process data such as browsing behavior or unique IDs on this site. Not consenting or withdrawing consent, may adversely affect certain features and functions.
Manage options Manage services Manage vendors Read more about these purposes
View preferences
{title} {title} {title}