Climeon has begun establishing a subsidiary in Taiwan, 科萊蒙綠能股份有限公司. The purpose is to further strengthen Climeon’s local presence and develop the company’s business in Taiwan.

Climeon has together with Baseload Capital worked actively in Taiwan since the beginning of 2019 to establish collaborations with local businesses, landowners and local authorities. In May 2020, Climeon won its first order within geothermal in Taiwan, worth approximately SEK 41 million. Now, Climeon is taking the next step by starting the registration and establishment of a subsidiary in the country.

– Together with Japan and Iceland, Taiwan is one of our highest prioritized geographical markets for geothermal heat power. Now that we have done the groundwork and won a first order in Taiwan, it is a good time to establish a subsidiary and take the next step, says Thomas Öström, CEO of Climeon.

– The customers are our highest priority and thus it is also there, closest to the customers and the business, that the organization should grow, continues Thomas Öström, CEO of Climeon.

– Taiwan's geological conditions combined with the government’s target to increase the share of renewable power to 20 percent by 2025 results in a great potential for Climeon. I look forward to developing Climeon’s business in cooperation with local stakeholders and accelerate geothermal power production in Taiwan, says Ruben Havsed, Country Manager of Climeon Taiwan.

Taiwan is, like Japan and the west coast of the USA, located in the “ring of fire”, an arcuate area along the Pacific Ocean coastal areas, which is known for high seismological activity and thereby also great resources of geothermal energy. Despite this, there are few active commercial geothermal power plants in the country. The greatest potential for extraction of geothermal energy is found along the eastern and northern coasts of Taiwan. 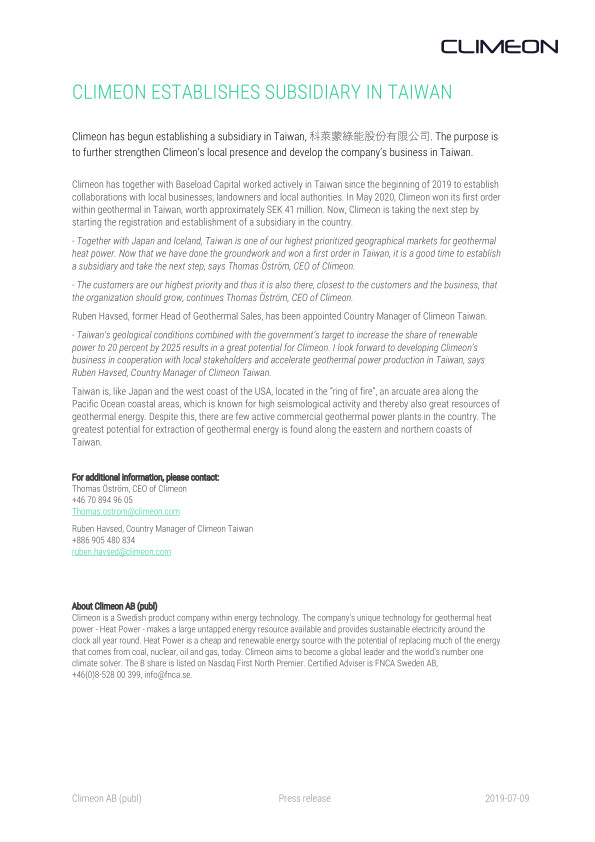 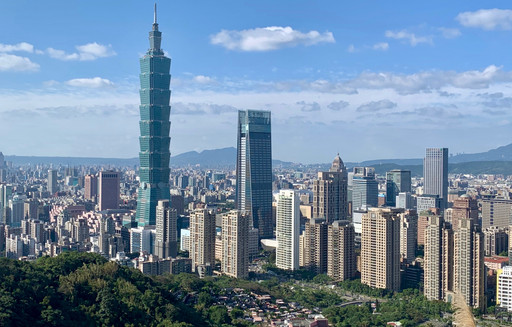 Taipei, Taiwan
SHARE THIS ARTICLE
Manage Cookie Consent
To provide the best experiences, we use technologies like cookies to store and/or access device information. Consenting to these technologies will allow us to process data such as browsing behavior or unique IDs on this site. Not consenting or withdrawing consent, may adversely affect certain features and functions.
Manage options Manage services Manage vendors Read more about these purposes
View preferences
{title} {title} {title}