Climeon has established a subsidiary in Japan, Climeon Japan Kabushiki Kaisha (Climeon Japan K.K.). The purpose is to further strengthen Climeon’s local presence and develop the company’s business in Japan.

Just over a year ago, Climeon opened a representative office in Japan to explore and deepen the understanding of the Japanese market together with partners. Since then, Climeon has won three geothermal orders in Japan and delivered the first four Heat Power modules. Climeon has therefore chosen to take the next step by establishing a subsidiary in the country.

– Early on we saw a great potential for geothermal heat power in Japan, and in this past year the potential has been confirmed by customers, land owners and politicians. We have also seen that it is very important for foreign companies that want to operate in Japan to have a local presence and a Japanese company. Therefore, we are now taking the next step in the development of our company by establishing our first subsidiary, says Thomas Öström, CEO of Climeon.

Andreas Grenninger, previously Head of Organizational Development and Globalization at Climeon, is appointed President and Representative Director of the new subsidiary.

– We have learned a lot during our first year in Japan and I look forward to strengthening our local presence and developing Climeon's business in Japan, says Andreas Grenninger, President and Representative Director of Climeon Japan K.K. 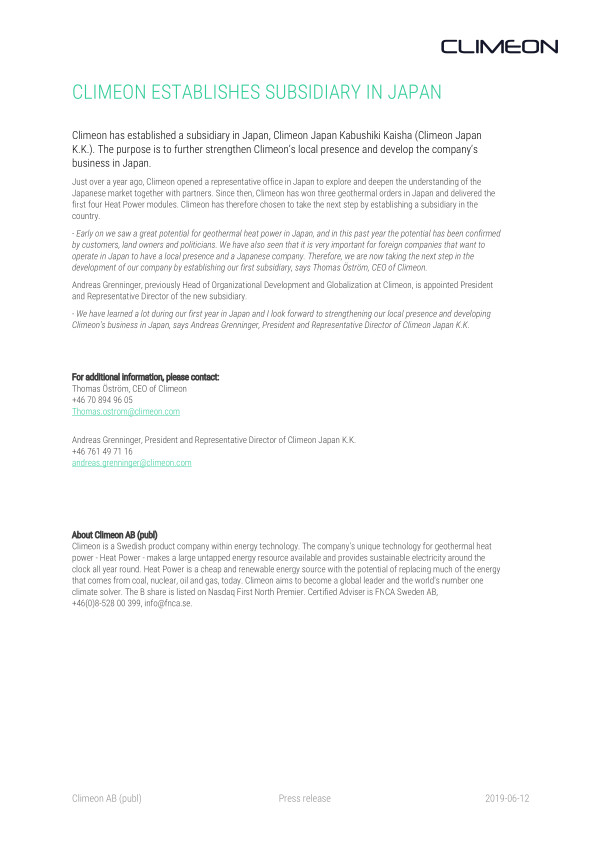 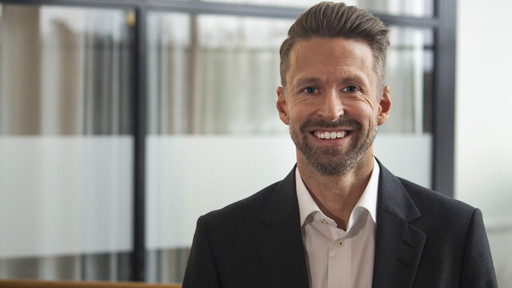 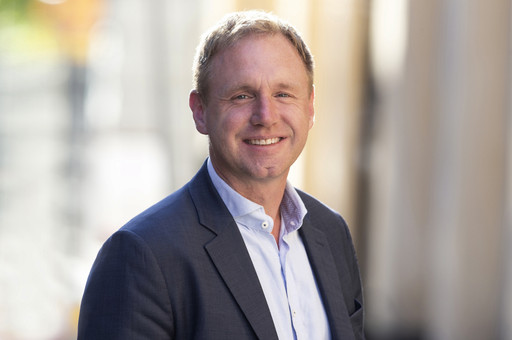 Thomas Ostrom
SHARE THIS ARTICLE
Manage Cookie Consent
To provide the best experiences, we use technologies like cookies to store and/or access device information. Consenting to these technologies will allow us to process data such as browsing behavior or unique IDs on this site. Not consenting or withdrawing consent, may adversely affect certain features and functions.
Manage options Manage services Manage vendors Read more about these purposes
View preferences
{title} {title} {title}