Climeon has entered into a collaboration agreement with the New Zealand-based geothermal minerals firm Geo40 to strengthen the companies’ geothermal offering and enable an expansion into waste heat recovery at existing geothermal power plants, so-called bottoming cycles. The companies will be working together to establish a first combined mineral extraction and power production plant during 2020.

Geo40 has developed a technology to extract silica and other minerals from geothermal brine, the hot wastewater that remains after high temperature geothermal power production. The silica in the brine causes scaling in geothermal pipes and wells and limits the heat that can be extracted and utilized for power generation. By extracting and removing the silica and other valuable minerals like lithium, Geo40’s technology reduces operating costs for geothermal power stations, while producing sustainably sourced minerals. The filtered water from Geo40’s application can then be utilized in Climeon’s Heat Power modules to produce clean electricity and increase power output at geothermal power stations. Bringing together the two firms’ technologies opens up a wide range of global opportunities, particularly in recovering waste heat from existing geothermal power plants, so called bottoming cycles.

– We’re happy to announce this strategic collaboration with Geo40. By combining our Heat Power modules with Geo40’s technology for extraction of silica and valuable minerals we can strengthen our geothermal offering and open up a new part of the geothermal market, says Thomas Öström, CEO of Climeon.

– We believe that our patented technology for silica removal combined with Climeon’s technology for waste heat recovery is an exciting development for the geothermal industry and will be exploring the possibilities of a first common project, says John Worth, CEO of Geo40.

– Combining our technologies will enable us to better address the geothermal bottoming cycle market as we together increase the output from existing geothermal power plants while solving many of the issues that geothermal brine brings, concludes Thomas Öström. 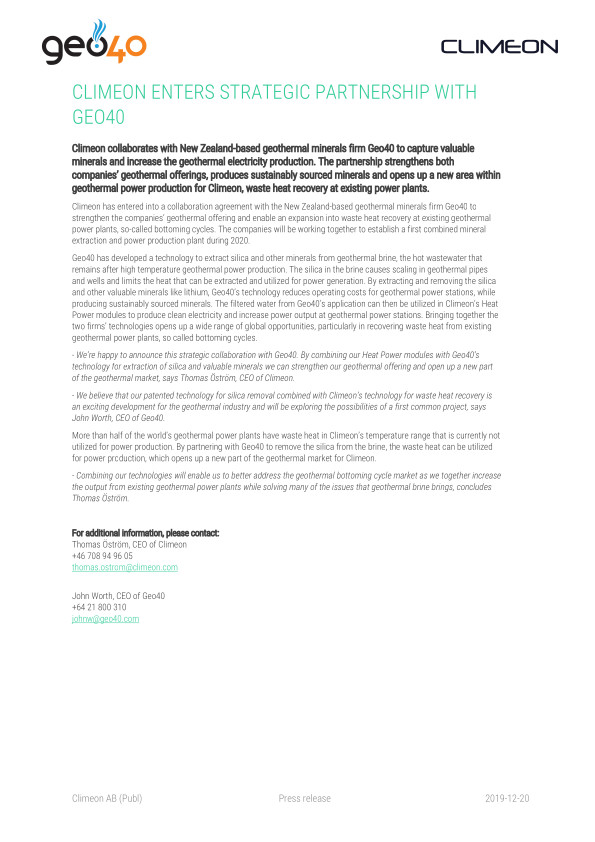 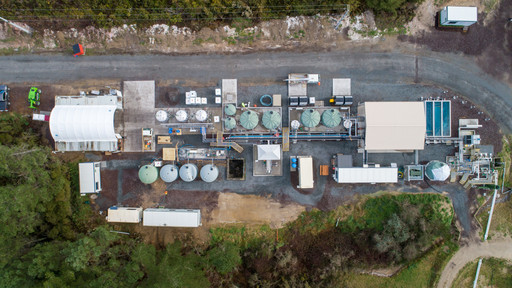 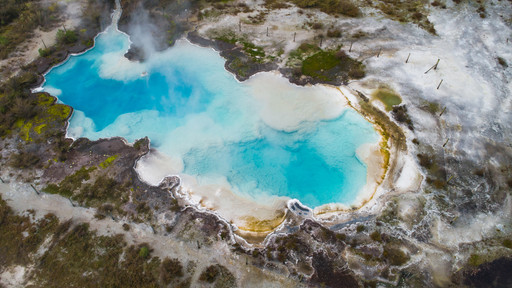 Geothermal pool
SHARE THIS ARTICLE
Manage Cookie Consent
To provide the best experiences, we use technologies like cookies to store and/or access device information. Consenting to these technologies will allow us to process data such as browsing behavior or unique IDs on this site. Not consenting or withdrawing consent, may adversely affect certain features and functions.
Manage options Manage services Manage vendors Read more about these purposes
View preferences
{title} {title} {title}