At the end of 2017, Climeon passed the Factory Acceptance Test for the first order from Virgin Voyages and Fincantieri. Since then, the modules have been installed onboard Virgin Voyages first ship, the Scarlet Lady. Now another big milestone has been reached as the ship, including the Heat Power modules, has successfully completed the Sea Trials, where the ship is tested at sea for the first time.

– This is a big milestone for Climeon, we have been working towards this goal for many years. I am very proud of all of our employees who have contributed to the installation onboard the Scarlet Lady, says Thomas Öström, CEO of Climeon.

Climeon has been onboard the Scarlet Lady for the first round of sea trials, sailing from Genoa to Marseille, and then back from Marseille to Genoa. The Heat Power modules performed as expected and were approved in the Sea Trials. The first cruise for the Scarlet Lady is scheduled for April 2020.

– We’re thrilled to have completed such a significant milestone with our Sea Trials and have our amazing crew to thank for their passion and tenacity in this achievement. We’re one step closer to getting our Sailors on the Scarlet Lady and can confirm that the Scarlet Lady is running smooth and we’re happy with Climeon’s performance, said Tom McAlpin, Virgin Voyages CEO.

Virgin Voyages is a global lifestyle brand committed to creating the world’s most irresistible holidays. The brand currently has four ships on order with master shipbuilder Fincantieri and has operations in the US, UK and Europe. Virgin Voyages’ ships are designed to reflect a super yacht’s sleek luxury, featuring spaces designed by some of the top names in contemporary interiors. An Adult-by-Design sanctuary the ships offer a dose of Vitamin Sea with well-being activated through a mix of high-energy moments coupled with relaxation and rejuvenation. Scarlet Lady will also feature never before seen entertainment and 20+ world-class intimate eateries on board. Virgin Voyages offers incredible value for its sailors with all restaurants, group fitness classes, soft drinks, and many more Virgin surprises included within the voyage fare. Scarlet Lady will sail from Miami to the Caribbean all year round from March 2020 and Valiant Lady will sail the Mediterraean from May 2021. The fleets’ ships host more than 2,770 sailors and 1,160 amazing crew from around the world. Keep watch on virginvoyages.com for more updates. 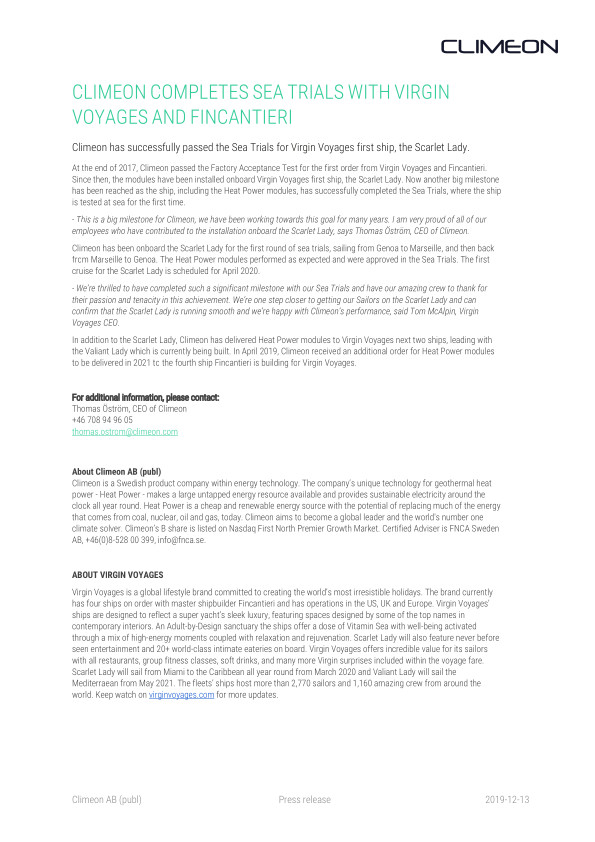 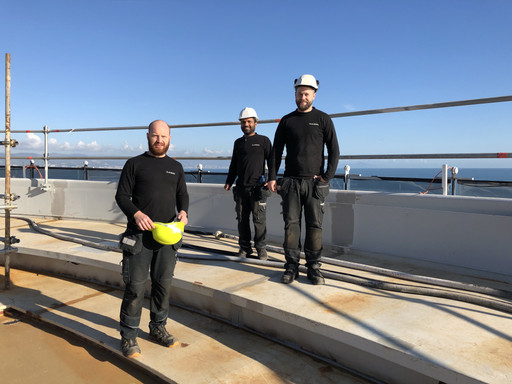 Sea trials
SHARE THIS ARTICLE
Manage Cookie Consent
To provide the best experiences, we use technologies like cookies to store and/or access device information. Consenting to these technologies will allow us to process data such as browsing behavior or unique IDs on this site. Not consenting or withdrawing consent, may adversely affect certain features and functions.
Manage options Manage services Manage vendors Read more about these purposes
View preferences
{title} {title} {title}