As a result of a four-year collaboration with Climeon (http://www.climeon.com), U.S.-based Aligned Energy (http://www.alignedenergy.com/) has developed a fully-integrated green platform that can power their next-generation, ultra-efficient data centers in the U.S. and globally with 100% clean electricity using low temperature waste heat.

More than 50% of the world’s energy is exhausted to the environment as low-grade heat, effectively making waste heat a largely available but unused resource.

Climeon Ocean™ takes hot water between 70 and 120 degrees Celsius and converts it to 100% clean electricity. This optimized process is a competitive alternative to traditional electricity sources. According to World Wildlife Foundation (WWF), Climeon’s technology has a large potential to reduce the CO2 impact globally which resulted in the company receiving the “Climate Solver” award earlier this year.

“We have entered a new era of innovation in how we power and cool data centers, one of the fastest-growing users of energy and water in today’s digital economy,” said Jakob Carnemark CEO Aligned Energy.  “In most cases if you want to use clean electricity, converting solar and wind power are the typical methods; however, the sun doesn’t always shine and the wind doesn’t always blow.  By cultivating this largely untapped resource in waste heat and converting it to 100% stable green baseload power, and by being able to use low temperature geothermal sources, we can support the data center industry’s rising demand for green energy in ways not previously possible through this new, highly sustainable and reliable approach.”

Earlier this year, Aligned Energy was recognized with a 2016 Edison Award for pushing the envelope in technological energy advancements through its highly-optimized data center heat removal cycle (or Cactus Cooler™ system) that allows their data centers to cool themselves using up to 85% less water and 80% less energy while also guaranteeing an industry-low average of 1.15 PUE (Power Usage Effectiveness).

Aligned Energy will leverage its award-winning heat removal cycle as well as deploy Climeon’s groundbreaking Heat Power technology, which performs at twice the efficiency as the best organic Rankine cycles at significantly lower temperature heat sources, in its data centers.

The partnership includes an initial planned delivery of eight Climeon Ocean™ modules with a capacity of 1 MW.

Aligned Energy is a sustainable technology company with a mission to innovate and optimize infrastructure within Data Centers and Buildings to eliminate waste of materials, energy and water to create a better tomorrow.  Through Aligned Data Centers we have deployed our technology to transform the data center colocation business model delivering it as a utility to cloud, enterprise and telecommunications companies to allow infrastructure costs to dynamically align with their IT load and business needs. 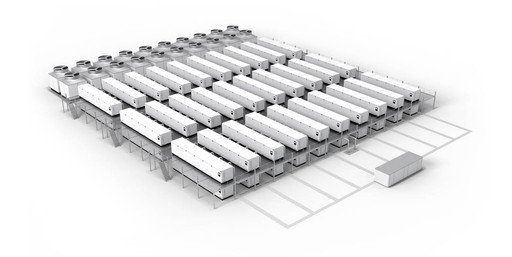 Climeon Ocean 50 MW
SHARE THIS ARTICLE
Manage Cookie Consent
To provide the best experiences, we use technologies like cookies to store and/or access device information. Consenting to these technologies will allow us to process data such as browsing behavior or unique IDs on this site. Not consenting or withdrawing consent, may adversely affect certain features and functions.
Manage options Manage services Manage vendors Read more about these purposes
View preferences
{title} {title} {title}