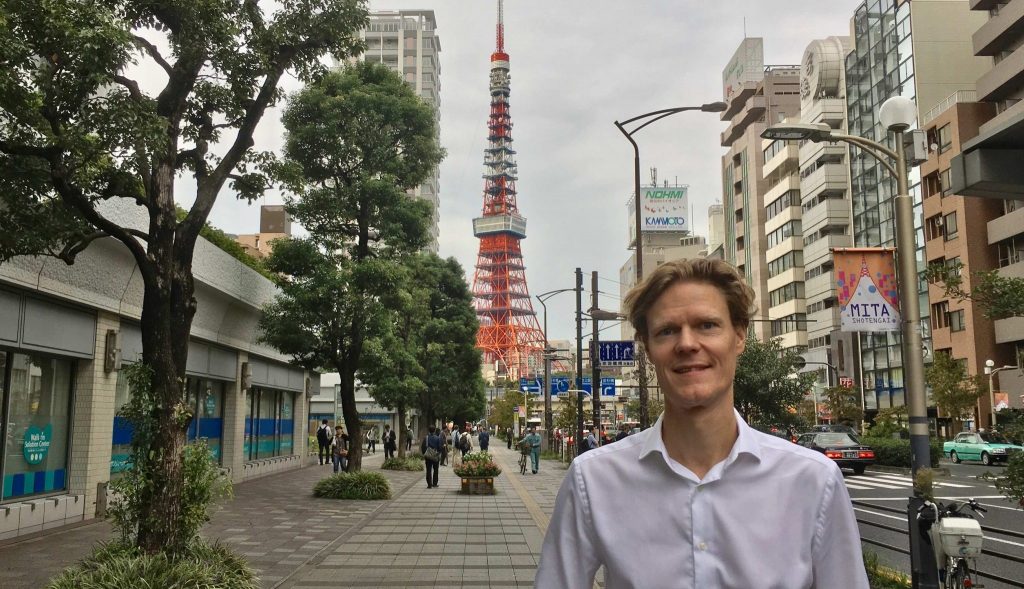 Japan: Climeon at the center of a major energy transformation

It’s been said before, but Japan urgently needs to restructure its energy mix. The nuclear plants are still closed after the Fukushima incident and there is widespread resistance to opening them again. To replace nuclear energy the country has become dependent on importing energy from abroad, and 90% of that energy comes from fossil fuel.

The Japanese people knows that this is not only bad from a climate perspective, it also makes Japan dependent on foreign imports. And having ratified the Paris agreement like many other countries, Japan needs to cut back on emitting greenhouse gases.

Once you get out of the urban areas in Japan, you’re struck by how much hot water from geothermal sources there is all over the country. Even to a relative newcomer in Japan it’s apparent what an integral part of Japanese society this is – used both in Onsen baths and for heating purposes. But it has rarely been used to create electricity.

Until now that is.

In the last couple of months, we’ve travelled far and wide. And what we have discovered is that Japan’s geothermal potential is even greater than we first believed. The Japanese landscape, containing among other things 51 active volcanoes, holds masses of hot water in the ground – and that water can be put to good use.

It often takes time to introduce a new kind of energy production, but since neither we nor the climate can afford to wait we need to find the right partners who can help speed up the transition. An example of such a partner on the financial side is Baseload Capital that will invest in new heat power operators. As they are already familiar with our technology we have the opportunity to develop geothermal power plants without lengthy pilot installations. With two geothermal deals already a reality in Japan this strategy is working.

Using Climeon’s heat power systems also means that these new heat power operators can build plants that are modular in design – they can start small and then expand. It’s a huge advantage to the traditional way of doing geothermal – wait a long time to build a large plant that can’t scale or be relocated.

I have visited many small villages since coming here, and learned that rural Japan has seen a slow but steady downturn in the economy since the recessions in the 90s. As a result many people have moved to the cities. But through the development of geothermal power plants in Japan there is a potential that we can bring both jobs and revenue back to these small villages.

It’s apparent that the potential of geothermal heat power has now reached the highest circles of Japanese politics. The government realizes that it represents a baseload, or in other words an energy source that can deliver lots of electricity day and night all year round, regardless of weather, and have made it a priority. There is a system in place with Feed-in tariffs (energy policies designed to speed up investment in renewable energy) that pays geothermal electricity at a higher scale than sun, wind or biomass.

In addition, the government has also de-regulated the electricity market, as well as separating ownership of power production and power grids. Prior to this, all electricity production and distribution were owned by around ten larger corporations. The plan is that the separation will be completed by 2020. Simultaneously, there are projects aimed at optimizing use of the electricity grid. Alltogether this will make it easier for Japan to adapt to a de-centralized energy economy – a shift that will make geothermal power plants all the more useful.

We will see the Japanese energy economy change dramatically in the coming years, and geothermal heat power will be at the heart of this transformation.

I have no doubt that Climeon will be a key player in this new power economy.