Climeon is a Swedish product company within energy technology. The company’s unique technology for geothermal heat power - Heat Power - makes a large untapped energy resource available and provides sustainable electricity around the clock all year round. Heat Power is a cheap and renewable energy source with the potential of replacing much of the energy that comes from coal, nuclear, oil and gas, today.

Each of these markets is sufficient to contribute to the earth’s electricity supply and together they constitute complementary legs to build the strategy on.

We take an active stand to combat climate change. We have strict requirements on our own sustainability, social responsibility, environmental work and take an ethical stand towards our vendors and collaboration partners. Sustainability is a key factor in our development process of new products and services, and fully integrated in our organization. We will actively work to prevent the social damaging in connection to our organization. Climeon should have a transparent organizational structure that lives up to the national and international standards for ESG and operational management.

Based on the successful deployment of Climeon’s solution Climeon Ocean™ in Borlänge, SSAB has decided to expand their installed capacity. Climeon’s revolutionary heat power solution is an important component in SSAB’s focus to lead the way in deploying environmentally-friendly solutions for the steel industry. 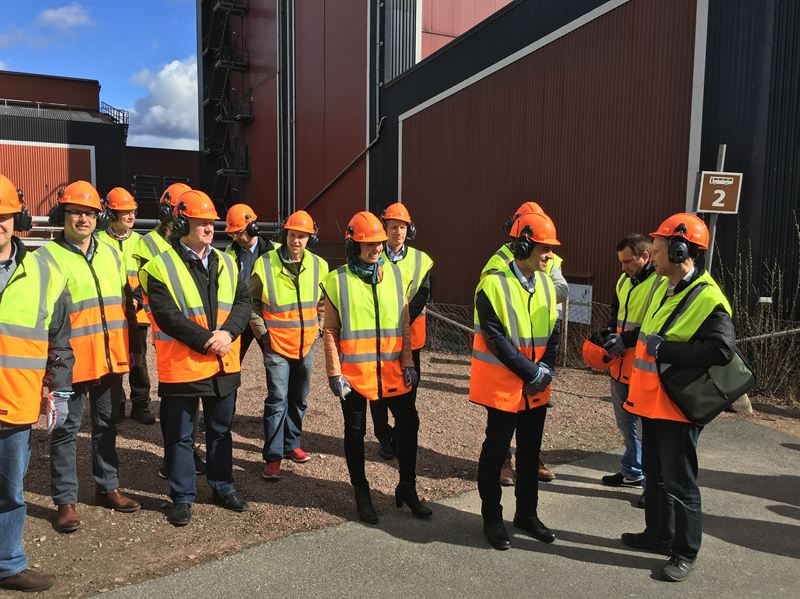 An environmentally-friendly electricity production is a crucial step towards Swedish steel industry’s goal of a more sustainable steel production. As a part of the goal of a fossil free Swedish steel industry in 2045, SSAB decided to expand Climeon’s groundbreaking solution Climeon Ocean™ on their site in Borlänge. Converting waste heat into heat power and 100% clean electricity.

The Climeon Ocean™ solution extracts the untapped resource of heat from SSAB’s steel production process, and converts it into electricity. Climeon’s solution is driven by the patented C3 Technology, a low-pressure technology generating electricity at a record high efficiency.

Due to the high efficiency of Climeon Ocean™, customers receive a profitable business case and large savings on fossil fuel and CO2 emissions. Even the smallest Climeon Ocean™ unit can save up to 200 tons of fuel and 600 tons of CO2 emissions every year. This is same as planting 30 000 trees and letting them grow for 30 years.

“For Climeon this is another confirmation how well our technology works in field and the extent of value our solution delivers to customers. With this announcement both our lead customers now have announced their intention to accelerate their deployments”, says Carl Åberg, Head of Steel market at Climeon.

SSAB and Climeon jointly installed a first Climeon Ocean™ solution at SSAB’s Borlänge plant in spring of 2015. Given the successful initial deployment at site Climeon has now started taking orders for volume deployments.