As of 2019, Climeon applies the
Swedish Code of Corporate Governance.

BACK TO INVESTOR OVERVIEW

THE BOARD OF DIRECTORS

THE BOARD OF DIRECTORS 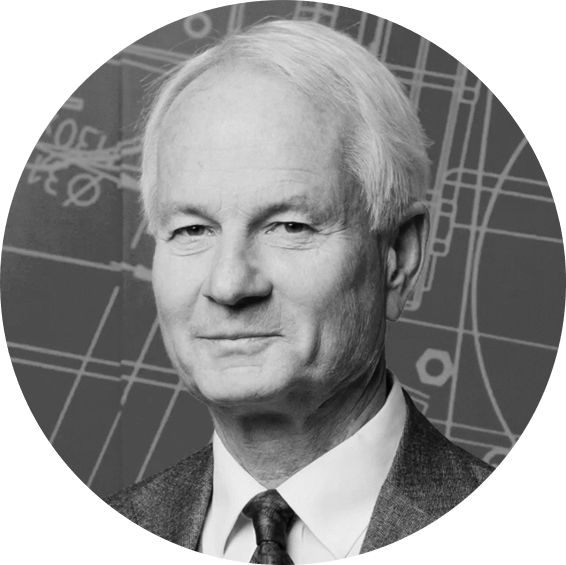 Chairman of the Board

Håkan Osvald, Chairman of the Board

Education/background: Håkan Osvald has a law degree from Uppsala University and was, until April 2022, Chief legal officer at Atlas Copco. Håkan has both broad and international experience from management and legal functions within the Atlas Copco Group, including responsibility for M&A globally, stock exchange and compliance as well as other legal matters. He was stationed in the United States for a period and was then part of the local company's management team. He is, since 2012, a member of Atlas Copco's Group Management, which includes handling extensive committee work and assisting the Board as the Board's secretary as well as in the Nomination Committee and at the Annual General Meeting. Håkan serves as board member in several bodies and companies within the Atlas Copco Group, of which he is Chairman of the board in two. He is a board member of the Sweden China Trade Council, the Swedish Foreign Trade Association and Djurgården Hockey.

Håkan Osvald is independent in relation to the Company and management, as well as the Company’s major shareholders.
Updated 2022-10-31

Education/background: Thomas Öström has a master of science degree in computer science and control engineering from Luleå University of Technology, and he completed the leadership and finance programs at Svenska Managementgruppen. He has also taken courses at Styrelseakademin. Thomas Öström is an entrepreneur and a joint founder of Climeon. Thomas Öström previously worked for over ten years at Micronic AB (publ), and was vice president for technology development, for example. Micronic is a Swedish high tech company in the electronics industry and is listed on Nasdaq Stockholm.

Dependent in relation to the Company and management, as well as the Company’s major shareholders
Updated 2022-10-31

Education/background: Anders Lindberg has a master's degree in electrical engineering (MSc Electrical Engineering) from the Royal Institute of Technology (KTH) in Stockholm and a Master of Business Administration from the Stockholm School of Economics. Anders Lindberg is currently CEO of Dellner, a global supplier of train components. Prior to that, Anders Lindberg was Executive Vice President at Ørstedt (formerly Dong Energy), a Danish company in renewable energy and a world leader in offshore wind power, where he was responsible for the projects and for the EPC (Engineering, Procurement, Construction) organization. Anders has also worked for Bombardier, Adtranz and ABB. Anders also has experience from board work and is vice chairman of the listed Danish company MT Højgaard.

Independent in relation to the Company and management, as well as the Company’s major shareholders.
Updated 2022-10-31

Education/background: Liselotte Duthu Törnblom has a Master of Science in Economics from Uppsala University. Liselotte Duthu Törnblom has been active within the Atlas Copco Group for several years in different positions, amongst other within business control, finance and internal audit and has led a number of successful projects concerning, for example the implementation of new ERP platforms, automation of reporting and tools for financial analysis. Liselotte, since the beginning of 2022, has served within the Atlas Copco Group as Senior Advisor/VP Group Controller and will hand over to her successor during the autumn of 2022. She has international experience from both sales and manufacturing companies within the Atlas Copco Group in France, Belgium and China and also has external board experience from Desotec NV in Belgium.

Liselotte is independent in relation to the Company and management, as well as the Company’s major shareholders.
Updated 2022-10-31

Education/background: Peter Carlberg has a Bachelor of Science in Engineering from Novia University in Finland and today runs his own consulting business. Peter has broad and international operational experience from both marine and offshore operations as well as from joint-venture collaborations and business integrations. Amongst other, Peter has served as CEO of Alfa Laval Marine & Diesel Equipment in Sweden and has been the CEO of Alfa Laval's subsidiary in Korea, of Framo AS in Norway and of the South Korean company LHE.co.kr. He has board experience and has been a board member of, amongst others, Consilium AB and MESAB AB.

Independent in relation to the Company and management, as well as the Company’s major shareholders.
Updated 2022-10-31

Education/background: Lena Sundquist has extensive experience of leading positions in innovation, business development, sales and marketing. Lena Sundquist has 15 years of experience from Alfa Laval Marine & Diesel, where she, among other things, developed environmental technology business within maritime and gensets. Most recently, she was CEO of Kivra Sweden. Lena Sundquist has a master's degree in engineering from the Royal Institute of Technology.

Education/background: Carl Arnesson has a M.Sc Business Administration, Management & Accounting from University of Linköping and has solid experience from financial positions in various entrepreneurial and growth companies. Carl most recently came from the role of CFO for Zmarta Group and has previously been CFO of Health & Sports Nutrition Group and Metro Sweden.

Born in 1973
Employed and part of executive management since 2018

Education/background: Robin is an upper secondary engineer focused in Electric Power. He has more than 17 years of experience from a global Customer Support & Delivery organisation for pattern generators at Mycronic AB having had different positions, last as Global Customer Support Manager. Robin has international experience with a strong customer focus and has the experience of both working hands-on at customer sites internationally and later managing the customer support department.

Education/background: Jonas Måhlén has a degree in electrical engineering from Lund University. Jonas has long experience of managerial roles in project, program and product development and has as the installation manager delivered to world-leading semiconductor companies. Jonas Måhlén has international experience from Japan to the US and comes most recently from Tobii and Mycronic.

Education/background: Fredrik Thoren is an Executive Vice President and head of the marine team at Climeon. He brings 29 years of successful expertise and experience in B2B global sales within the marine/offshore industry. He has developed an extensive sales and service distribution network during his tenure as Global Sales Manager for Consilium and as Managing Director for Scanjet Middle East (Dubai). Prior to this Fredrik held various positions within the marine industry, including Project Manager and Service Engineer. Fredrik has been employed as the Head of Marine at Climeon since June 2019.

The Nomination Committee elected for the Annual General Meeting 2023 was appointed by the largest shareholders as of August 31, 2022.

The Nomination Committee prior to the 2023 Annual General Meeting thus looks as follows:

Instructions for the Nomination Committee