Climeon AB has entered a collaboration with Icelandic CP Energy Holding regarding a conditional order, subject to certain terms and financing being acquired, to deliver 100 Climeon Heat Power modules to be installed in Iceland as one of the world’s first distributed geothermal power solutions. The value of the order is 30 MEUR, in addition to that the order also includes services which adds up to a total order value of approximately 300 MSEK. The modules will be distributed across 10 to 15 individual sites and installed over a period of 30 months. The total installation, providing 15 MW of electricity, is enough to power 2,500 households. Climeon AB has agreed to provide financing for the first seven Heat Power modules to be installed under phase 1.

The modules will be installed and operated by the Heat Power operator Varmaorka. Varmaorka is a newly established Icelandic company focusing on geothermal development, harnessing low and medium enthalpy geothermal resources for the generation of clean and renewable electricity.

Climeon’s Heat Power modules generate electricity from low temperature heat, e.g. from low enthalpy geothermal wells. The system is built up by compact, flexible units of 150kW electrical power that have no consumables and generate no pollution.

The first distributed power plant, phase 1, is expected to be delivered in the first half of 2018 and will consist of seven Heat Power modules. Thereafter, provided inter alia that phase 1 is successfully completed and financing can be obtained (see also below under Financing), Climeon AB is expected to deliver an additional 93 modules under phase 2, as construction is initiated on new sites. The value of the order is 30 MEUR, in addition to that the order also includes services which adds up to a total order value of approximately 300 MSEK.

Ruben Havsed, Head of Geothermal Sales at Climeon AB, comments: “Being able to provide a competitive power solution in a market with the world’s lowest energy prices, gives us great assurance that our technology will be commercially viable in any geography. We are also happy to help the Icelandic community as this project will create jobs and provide locally produced clean electricity that meets the growing demand.”

According to Thomas Öström, CEO at Climeon AB, the order constitutes a break-through for Climeon AB. “Geothermal energy, especially when low temperatures can be utilized, has the potential to power the entire world´s energy needs many times over, and this order is a major milestone on that journey.”

The situation in Iceland is unique. The geothermal energy potential is vast and has been used for many years, primarily to heat households. Even though the energy is accessible in most parts of the country, most of the power production is centralized. The transmission of the electricity requires investments and implies transmission losses. Further, due to the easily accessible energy, mainly through hydro powered facilities and geothermal technology, Iceland has one of the world’s lowest electricity prices – creating an unforgiving competitive environment.

Even so, Climeon AB and its Icelandic partner Varmaorka, are making it possible to install a large scale distributed geothermal power solution without any subsidies or grants.

Phase 1 refers to a pilot order of seven Heat Power modules and in Phase 2, the intention to install the remaining 93 modules at various sites in Ice­land. The sales order is contingent upon a number of conditions to be ful­filled and approved by the parties. The conditions that must be met includes, but are not limited to:

Phase 2 is expected to comprise a total of 93 Heat Power mod­ules which are delivered at call offs from CP Energy Holding. Delivery and payment for the Heat Power modules shall take place no later than 30 months after the agreement was entered into, i.e. in February 2020. Payment for the 93 modules included in phase 2 to is divided into three parts: 20 percent of the agreed price when a call of note is submitted, 50 percent when Climeon AB initiates the production and the remaining 30 percent at delivery. Thus, Climeon AB receives 70 percent of the payment before delivery of the Heat Power modules.

CP Energy Holding has not yet established a financing plan relating to phase 2 and CP Energy Holding intends to seek financing from private investors as well as banks. The parties rely partly on receiving government financ­ing from, e.g., the Swedish Export Credits Guarantee Board and Svensk Exportkredit.

In conclusion, Climeon and its Icelandic partner CP Energy, are aiming to make it possible to install a large scale distributed geothermal power solution without any subsidies or grants. 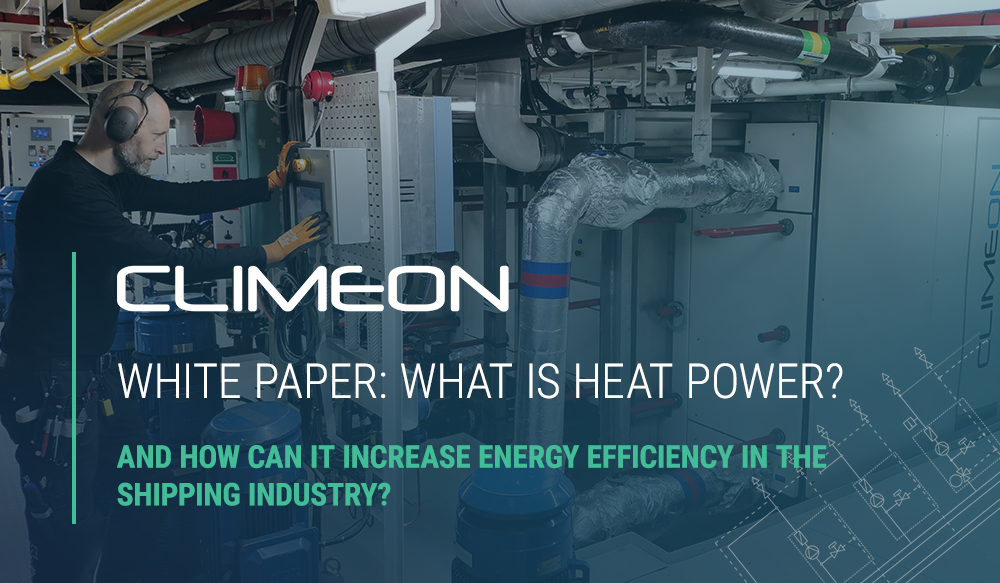 WHITE PAPER: What is Heat Power?

And How Can It Increase Energy Efficiency in the Shipping Industry? Waste heat recovery (WHR) can transform industries by reducing... Can Waste Heat Recovery Mitigate the Impact of Global Stilling?

Renewables only account for around 11% of the energy currently used worldwide, but increasing awareness of the climate crisis and...