The Sansui power plant was constructed following the successful installation of the Shika power plant located in the same village in the Kumamoto region in Japan. The Shika power plant, in operation since 2020, showed the local community that electricity can be harnessed from low temperature heat. Situated close to the Shika power plant is the Ryokan Sansui, a traditional Japanese hot spring hotel. At the hotel steam from wells are used both for cooking and heating and of course the hot springs. The owner of Sansui saw an opportunity to use his own excessive energy to generate electricity and sell it to the local power company, thus provide a revenue stream to the hotel owner.

The Sansui power plant is a collaboration between Baseload Power Japan, Furusato Power group (owner of Waita geothermal plant) and the Ryokan Sansui. The power plant consists of two sites that generate power from a shared steam well. The surplus of hot water from the well and from the power generation process are provided to Ryokan Sansui to be utilized as bath water.

The power plant is compact in size consisting of two sites about 50 meters apart. Each site has an intermediate hot water circuit, one Climeon HP150 unit, a cooling circuit with dry cooling tower and a transformer. Climeon provided two HP150s including commissioning.

The plant has been in operation since May 2022.

Check out this great film by Baseload Capital and learn how our customer Baseload Power Japan collaborates with the local communities in Japan to harness renewable power from low temperature geothermal heat. 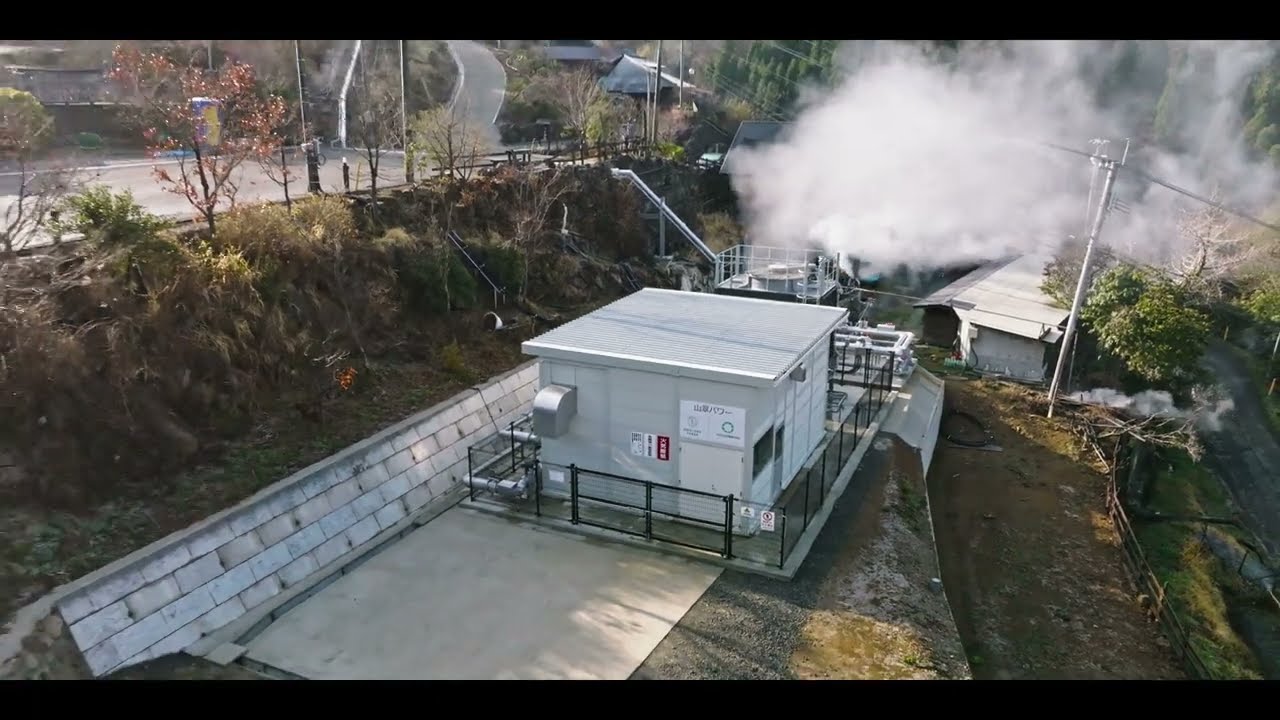 To find out more about HeatPower technology, discuss an upcoming project or request additional information, get in touch with our team today: