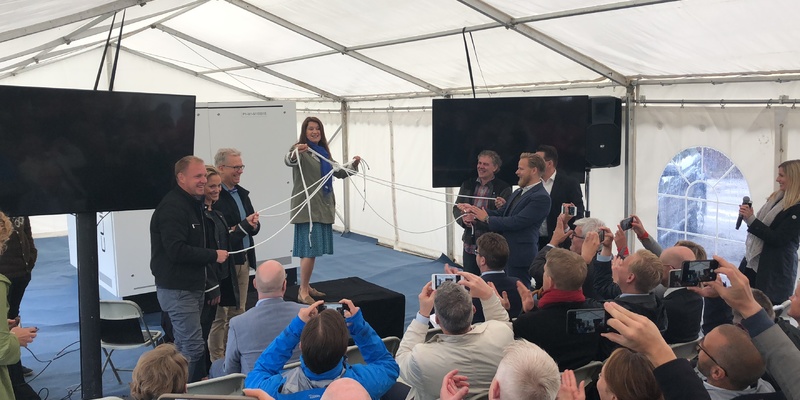 – It is very pleasing that Swedish companies and innovations contribute to the growth of the Icelandic economy. The Climeon plant is an important investment for Iceland and represents an excellent example of how new technologies can create new opportunities, says Ann Linde, Swedish Minister for EU Affairs and Trade, speaking at the opening ceremony.

– Customer financing is an important key to the breakthrough we have had in our geothermal business in 2018. The fact that SEK and EKN contribute to attractive financing solutions is essential to our business and enables for Climeon to focus on achieving its goal – becoming the world’s number one climate solver”, says Thomas Öström, CEO of Climeon.

In connection with the delivery ceremony, presentations were held about the financial and technical challenges and solutions that exist for geothermal installations and the participants had the opportunity to visit the next two installation sites.

The delivery to Varmaorka consists of four Heat Power modules and is the first of a series of a total of 197 modules to be delivered to approximately 20 different sites over the next 36 months. On the 26th of June 2018, Varmaorka increased its order to 197 modules from the previous 100.

Iceland has among the lowest electricity prices in the world, but locally produced electricity can be a key enabler for local communities to grow around the country. Climeon’s plants produce electricity from hot water locally and at a competitive price around the clock, all year round.